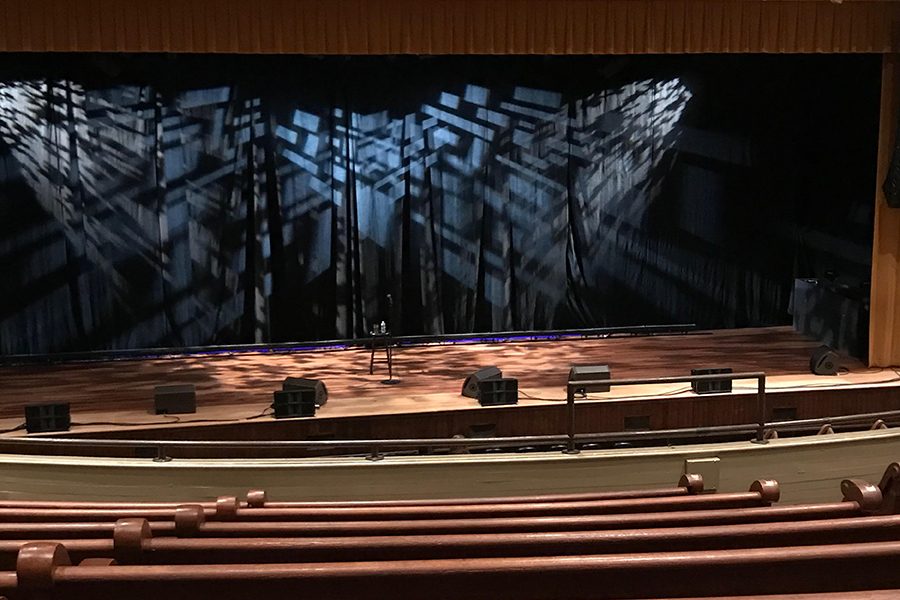 John Mulaney, former Saturday Night Live writer and standup comedian, brought his show, “Kid Gorgeous,” to Nashville last Thursday, January 25th. This was the 134th show on the Kid Gorgeous tour and was held in the Ryman Auditorium in downtown Nashville.

This was my first ever live standup show. I’ve watched Saturday Night Live religiously for the past few years, and I usually watch a new standup comedian on Netflix once or twice a week. I thought I knew what I would be going into in the show. I assumed that the theater would be spacious, but cozy. I assumed that the jokes would be funny, but not hunched-over-in-the-seat-crying-laughing funny. I assumed that the show would feel long, but still enjoyable. I assumed I would enjoy the show, but not love it.

I could not have been more wrong.

Mulaney himself was absolutely amazing. He often plays a character of a small, frail man surrounded by people he perceives to be much bigger and stronger than he is. He talked about everything from stranger danger to Ray Lewis (former Ravens linebacker and accused murderer) to his Catholic upbringing with a stern father. His delivery was so animated for every joke. I was laughing so hard I was hunched over, slapping my knees, for at least half the show. I cried laughing three times.

If I had one complaint about the show is that it seemed to end too quickly. Maybe that’s my fault, but I was surprised when he said “Goodnight, Nashville!” and walked off the stage. I looked down at my phone and realized than an hour and a half had, in fact, flown past and I was none the wiser.

Seeing John Mulaney in Nashville was easily one of the greatest nights of my life. Having seen both of his other specials, “New in Town” and “The Comeback Kid,” “Kid Gorgeous” is definitely John Mulaney at his best. He took everything that made his previous shows great and turned it up to 10.

Mulaney’s other specials are available on Netflix (here) and (here), and more information can be found here.