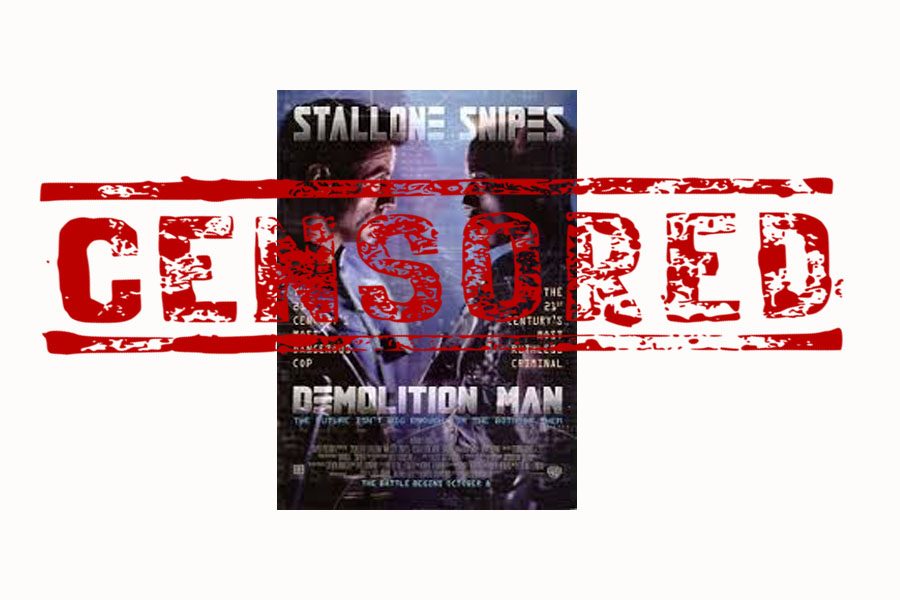 At the time of its release, the movie Demolition Man, released in 1993 by director Marco Brambilla, received mixed to negative reception with it sitting at 6.7 stars on IMDb and 61% on Rotten Tomatoes. However, don’t let those somewhat middling reviews sway you, as this “better-than-average” movie has more going on underneath its flashy exterior than you may initially think.

Warning! Some major spoilers for the movie ahead, so if you don’t want to know what happens, go watch it and come back later. Also note that this film is rated R, so viewer discretion is advised.

The film centers around the two main characters: Police officer John Spartan (played by Sylvester Stallone) and high-profile criminal Simon Phoenix (played by Wesley Snipes), as the two of them are sentenced to be cryogenically frozen into the foreseeable future. Spartan is frozen for crimes he didn’t commit, but that ultimately ends up working in his favor, as Phoenix breaks out of the prison he’s being held in and resumes his criminal rampage in the year 2032. As Spartan is released from his own icy prison, he discovers vast differences from the Los Angeles he knew to this new version, renamed to San Angeles. He learns from his new assistant cop Lenina (played by Sandra Bullock) that crime has been reduced to 0%, but as a trade-off, anything considered not good for you is illegal. Some examples being swearing, listening to heavy metal music, eating anything spicy, or even drinking soda. In the end, Spartan and the leaders of the future need to come to a compromise with their ethics in order to stop the greater evil at large.

The future shown in the film brings up an interesting debate about censorship in the media and how far we should take it as a society. What is taking censorship too far? Is there a middle ground to be found within this argument? Can censorship be good in certain situations? All of these questions are raised frequently, though none of them are given certain answers.

Something many high schoolers are aware of when it comes to censorship are the current guidelines for the popular video streaming site YouTube, as many have criticized the site for taking it rules and regulations too far by letting its completely automated system demonetize even just slight PG-13 content (such as videos with swearing, edgy jokes, a snippet of a copyrighted song, etc.), which can alienate views of certain channels when they’re forced to change their approach to video-making because of a computer algorithm. Another good example of the extremes censorship is taken to is with the recent controversy around Tumblr removing all mature content from its site to make it more approachable for younger audiences. Meanwhile, on the complete opposite side of the spectrum of censorship, you have apps like Twitter, with threads getting mature within a very short period of time and with little to no measures taken to regulate what content goes out into the world.

In Demolition Man, the future is much more restricted than the version of the 1990s shown in the film, but they’ve completely wiped out crime for almost the last 2 decades. Censorship can have merit, and the film doesn’t specifically say being pro- or anti-censorship is more wrong than the other… it leaves it up to the viewer to decide. Many viewers today can agree that the film’s topic of debate is still relevant.

For now, give this movie a second chance, or a first chance if you haven’t seen it yet.