Who is Amanda Gorman? 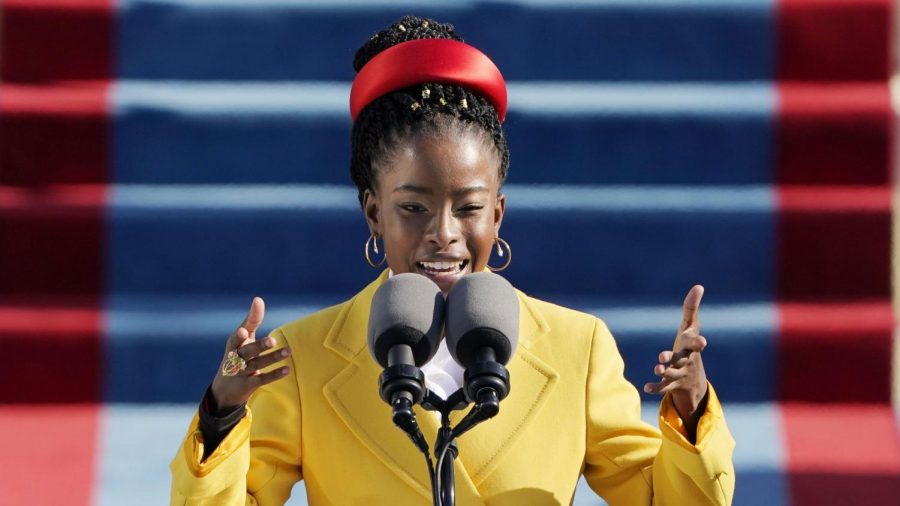 Twenty-two year old poet, Amanda Gorman, made history this week. She became the youngest inaugural poet when she recited her poem, “The Hill We Climb” at the 59th Presidential Inauguration.

At a young age Gorman discovered her passion for poetry when her third grade teacher read Ray Bradbury’s “Dandelion Wine.” She began to write about women’s empowerment, ethnicity, and the fight for civil rights. The Los Angeles raised poet was named Youth Poet Laureate in 2014. Gorman studied sociology at Harvard University. From there she became an award-winning writer who is three times published in the New York Times.

First Lady Jill Biden told The New York Times that she was listening to a reading Gorman did in the Library of Congress when she knew she wanted Gorman to perform her work for the inauguration. The theme was “America United” which Gorman told the Times,“ I heard that was their vision, that made it very easy for me to say, great, that’s also what I wanted to write about in my poem, about America united, about a new chapter in our country”. Gorman was honored to write something for such a momentous event, but struggled to finish the piece, that was until January 6.

The storming of the Capital inspired her to write words that would linger in the minds of millions. She wrote:

“We’ve learned that quiet isn’t always peace, and the norms and notions of what “just” is isn’t always justice /

And yet the dawn is ours before we knew it /

Somehow we do it /

Somehow we weathered and witnessed a nation that isn’t broken, but simply unfinished.”