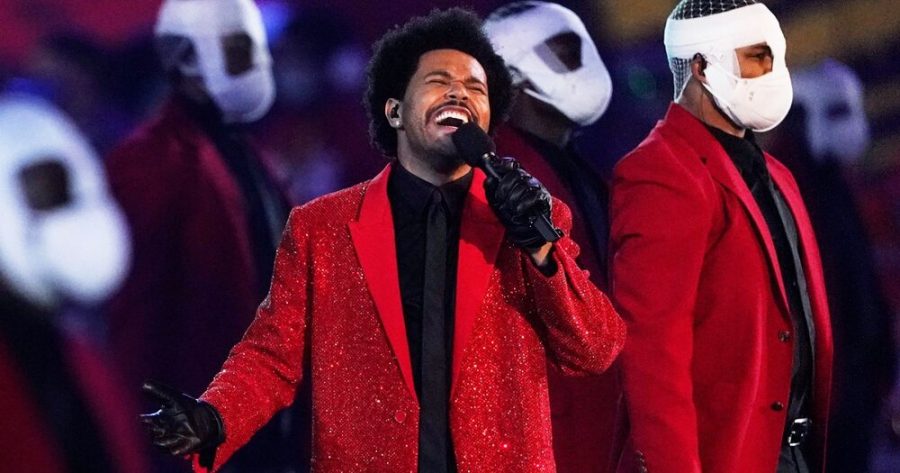 He did a very unconventional spectacular performance.  The Weekend has always had a very new fresh way of performing and that’s very clear at this show.

The use of neon lights and props as the performance starts as he’s sitting in the car is an aesthetically pleasing opening. He begins singing his song Starboy as many hues of colored lights highlight him on a stage with many backup dancers. The next song then begins which is The Hills and there are a lot of flashing lights and the same setup as when he performed Starboy.

This is insanely interesting is as he begins his third song “Can’t Feel my Face”, the stage opens a pathway where he leaves the stage into a room with many bulbed lights. The camera angle then also switches from a sturdy long shot to a shaky landscape hand filmed live video.

It’s a very unseen before type of idea, and many memes have been created from that portion of the performance. 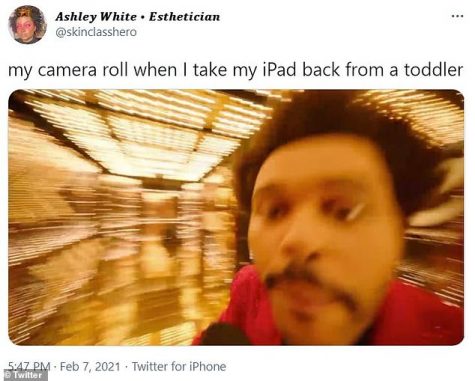 For his fourth song he did “I Feel it Coming”, and the camera angle once again switched this time to a sturdy close up shot as he walked from the top of the stage (once again changing locations). His next soon afterward was “Save Your Tears then “Earned it.” For his second to last song he did “House Of Balloons/Glass Table Girls” and he switched from the stage to the field. Many dancers were on the field with flashing handheld lights as The Weeknd danced around them. It was a very upbeat song since it was second to last. Then he performed the very final song, “Blinding lights”, it was a very energetic ending to his performance at the halftime show.