An Ode to Corona: 5 Songs About COVID to Help You Through the Pandemic 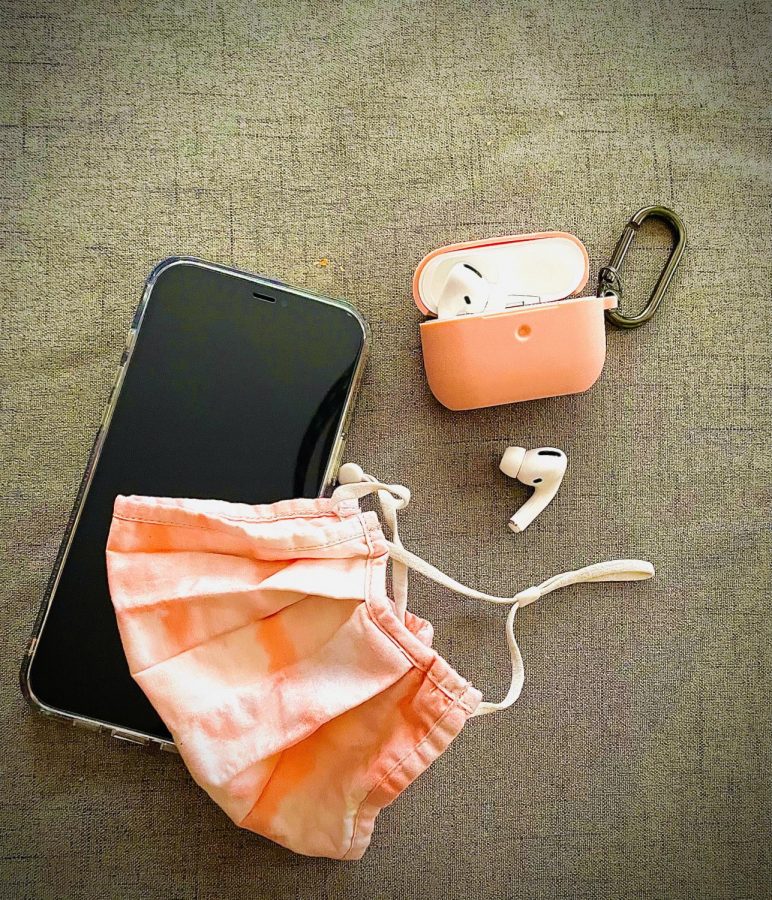 Music. It’s a language in itself. From different sounds and genres alongside various languages, in this day and age, music is a tangible art form that conveys emotions and stories in a creative way through poetic words and soothing beats. Everyone has those songs that they listen to in every and any situation. I do, too. That song you relate to in everyday life. Whether you’re happy, sad, angry, or just want to relax, the right tune helps it all, especially now. I know that I listened to a ton of music during quarantine and even discovered new singers that I really love.

With the craziness that the current raging global pandemic has brought us, many singers from around the world have created music to reflect the dreary atmosphere the world has fallen under, and help uplift fans in these unsure times. So, here are my 5 songs about COVID from different languages and genres that can help you get through this global pandemic. Besides, we all have new stretches of hours with nothing to do since we can’t go out much anymore, so maybe you can be introduced to a new artist or genre! I even found new songs by trying to compile songs of various genres for this article!

The music video (if available, otherwise just the audio) for all songs is linked in their title, along with other songs from the artist. Check them out!

1. twenty one pilots – “Level of Concern”

twenty one pilots is an American male music duo consisting of Tyler Joseph and Josh Dun, though there were two other people previously that left in 2011. Their music blends indie pop, hip hop, rock, and rap elements to create their own unique sound without the constraints of a singular genre. (click HERE for more)

The song was released on April 9, 2020, and they actually live-streamed the song on an infinite loop with fan-submitted videos until, after 178 days, the stream abruptly ended, the duo humorous saying on Twitter that the reason was that Josh unplugged the server to plug in his Christmas tree (but at least they won the Guinness World Record for Longest Music Video). This song has a retro sound with hints of electric guitar and they ask for comfort and security from their lover during this unsure time as the chorus sings “And you could bring down my level of concern / Just need you to tell me we’re alright, tell me we’re okay,” and “Wonderin’ would you be my little quarantine? / Or is this the way it ends?” The music video shows Tyler filming himself singing and playing the guitar for the song in his home studio (with cameos of his wife Jenna and his baby daughter Rosie) as well as Josh drumming away at his house and have a neon jam-out with glowing plastic stars (which he put up himself with his wife Debby).

(Other songs: Stressed Out, My Blood, Heathens)

ATEEZ is an 8-member Korean boy group with members Seonghwa, Hongjoong, Yunho, Yeosang, San, Mingi, Wooyoung, and Jongho. Their name is an acronym for “A TEEnager Z” and “A to Z”, meaning that they make a variety of music with different styles for all teenagers, and their concepts are generally powerful and have a complex storyline portray light versus dark and one’s journey forward in the world. (click HERE for more)

This song was released as a b-side on their EP Zero: Fever Part.1 on July 29, 2020. Though Ateez is a K-pop group, this song is very special because this is the very first song of theirs entirely in English, made for the international fans. With a calming and simple beat with a hint of low-fi, as the chorus sings “You’ll be alright, just take it slow, one day at a time,” the song gives an uplifting vibe and tells the listener that even though the world is uncertain and miserable, they (Ateez) are here to help you get through it through their music and message, even when we are thousands of miles apart. They sing that “When it’s overwhelming, hold on tight I’ll be here, don’t forget it.” With the world’s current condition, where tiredness and sadness are consuming everyone as the world stands still, this song tells that together, we will walk forward, and this will all end soon if we encourage each other to keep going because “We face stormy weather / Rain’s pouring, but it never lasts / Only gets better from here.”

Ah, yes, I think we all want to F the year 2020 and all the chaos it brought us. Avenue Beat is a female American pop trio with members Sam Backoff, Savana Santos, and Sami Bearden. Their music is pop with a slight country influence and they are known for their honey-like harmonization and vocals alongside relatable tracks about love, friendship, and world problems. They also do a lot of covers of popular pop songs with their own twists. (click HERE for more)

The song (only partially done at the time) was originally released on the trio’s TikTok in late June of 2020, and after the overwhelmingly positive reactions from fans and celebs alike, Avenue Beat finished the song and released the full version on July 10, 2020. With a chill and simple sound, the song opens with the girls singing “2020 is my year” but then they gave the new year “…like a month or two / This is getting kind of ridiculous at this point.” Then they showcase everything that happened to them personally, such as Sami’s cat dying, releasing songs that didn’t get a lot of attention (even rejected by the radio), and other things all piling on top of a global pandemic that took over their lives. In the lyric video, the girls are shown singing on a phone with a montage of clips playing behind them that showcase events that happened in the year 2020, including but not limited to the pandemic, the BLM movements, Australian wildfires, Kobe Bryant’s death, and murder hornets. And with all that, their anthem sings “Lowkey f–k 2020 / I don’t know about everybody else / But I think that I am kinda done / Can we just get to 2021? (Please).” And hey, it’s 2021 now, so with all that, so let’s throw our hands in the air to what may be a slightly better year.

(Other songs: i don’t really like your boyfriend, thank you anxiety, Be a Bro)

4. Tomorrow X Together – “We Lost the Summer”

Tomorrow X Together, abbreviated as TXT, is a 5-member Korean boy group consisting of members Yeonjun, Soobin, Beomgyu, Taehyun, and Hueningkai. Their music is made to be relatable to this generation and they commonly experiment with different sounds and concepts. (click HERE for more)

This song was released as a b-side on their EP Minisode1: Blue Hour on October 26, 2020, and now has a music video. Rather than opting for a hopeful or encouraging message, this song showcases all the problems that the boys are going through and the despair they’re feeling due to the circumstances, comparing the endless dragging days with bitter winter as they sing in the translation (bold=English) “‘Cause we lost the summer / When we lost each other / Give me back my season / Oh, it’s all gone.” From closed cafes, lovesickness from being detached from people, and the stifling feeling of masks over expressionless faces, TXT’s summer was lost due to the chaos of COVID, and all they want is the endless cycle to end. The song itself sounds wistful and is upbeat yet chill with ticking clock sounds in the background. In the music video, the beginning opens with a shot of the five boys taking pictures in the mirror of a school bathroom when Yeonjun gets a health warning about COVID on his phone. It then cuts to the boys in individual rooms set up similarly to a video call. Throughout the video, the boys are alone doing various activities to pass the time while wistfully imagining all the things they could be doing together if it weren’t for the pandemic. They sing that “Now I just miss ya / Give us back ourselves.”

(Other songs: Blue Hour, CROWN, Can’t You See Me?)

SuperM is a 7-member Korean boy group, with all the members being from preexisting groups from their company, SM Entertainment, those being Mark, Ten, Lucas, and Taeyong from NCT, Kai and Baekhyun from EXO, and Taemin from SHINee. Being a supergroup with members from different countries and backgrounds, the group has a varying sound and is known for a strong stage presence meant to target both international and local audiences. (click HERE for more)

The song is a b-side from their first full album Super One which was released on September 25, 2020. Upbeat with a catchy hook, the song wants you to get up on your feet and dance, and even though we’re apart, we can all still groove and be happy together. They sing for everyone to clap their hands with them and in the translation (bold=English) “Wherever you are / Clap your hands / It feels like you’re crossing the LAN / Do that dance / Yeah Don’t be so shy / Let ’em know, let ’em hear ya.” The song connects us all as they encourage us to dance away the stress and despair of the current situation. “Don’t hesitate today come vibe with this song / Find a point of contact in each of your rooms.”