Holiday Movies To Watch This Season 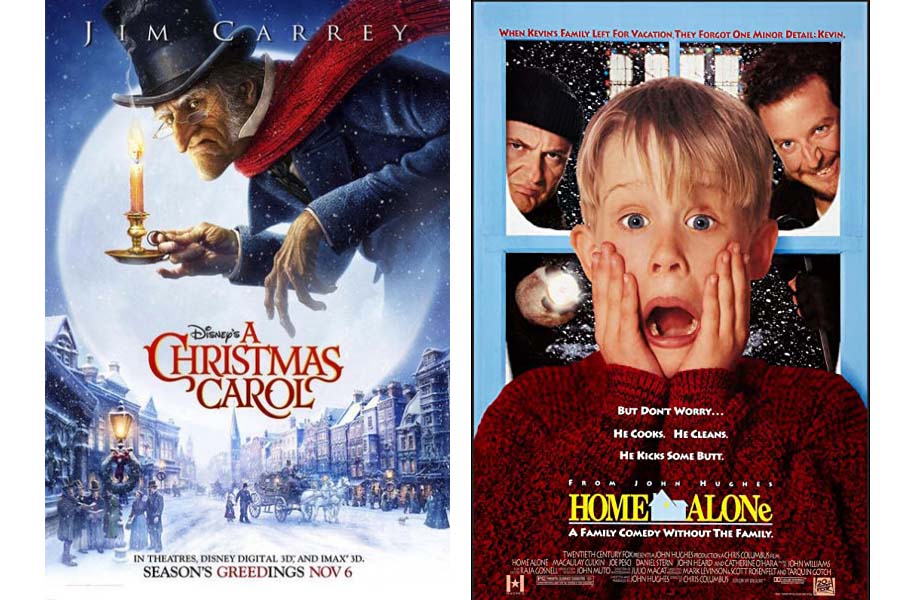 During the holiday season, there are lots of things you can do. You could decorate your house, build a snowman (depending on where you live), and play holiday music. You can also watch movies that come on TV during the holiday season. According to a survey, the original Home Alone, Elf, and How the Grinch Stole Christmas were some of the top responses when asked what their favorite holiday movie was. In this article, we will give a short summary about some classic holiday movies, both live-action and animated.

Some examples of classic live-action holiday movies are Elf, Home Alone, and Dr. Suess’ How The Grinch Stole Christmas. Let’s start with Elf! Elf follows a human named Buddy who was raised by elves. When he finds out the truth about who he is, he decides to go to the real world and leave the north pole. He then tries to fit in after finding his father who didn’t know he had a son. Then there is Home Alone. This movie follows a boy named Kevin who was left behind at home when his large family left for the airport. He then is met with the challenge of burglars trying to break into his house. He then comes up with creative ways to save his house from the intruders. Last, but not least is Dr. Seuss’ How The Grinch Stole Christmas. This movie follows a grumpy recluse who hates Christmas and tries to destroy it for the village that lives near him. He then meets a little girl who warms his heart and makes him love Christmas.

Some examples of classic animated holiday movies are A Charlie Brown Christmas, A Christmas Carol, and The Polar Express.  A Charlie Brown Christmas is a short film that follows a boy named Charlie Brown. He follows his friend’s advice and directs a Christmas play. He gets made fun of for doing so, but the holiday spirit makes everything right in the end. Then there is A Christmas Carol. This movie follows an old, grumpy man named Scrooge who has lost the holiday spirit. He is visited by past, present, and future ghosts of Christmas, all of which show him what the holiday’s have been like for him and others. He comes to realize the holiday’s aren’t so bad and begins being a more cheerful old man. Last, but not least is The Polar Express. This movie follows a boy named Chris who boards a train that will take only kids to see Santa in the north pole. He goes on adventures meeting new friends and even being served hot chocolate by singing, dancing chefs.

While the holiday’s might not be for everyone, the movies that are shown this time of year are magical and show us the true meaning of the holidays. This meaning may be different for everyone, but it brings us together to watch some cinematic masterpieces.