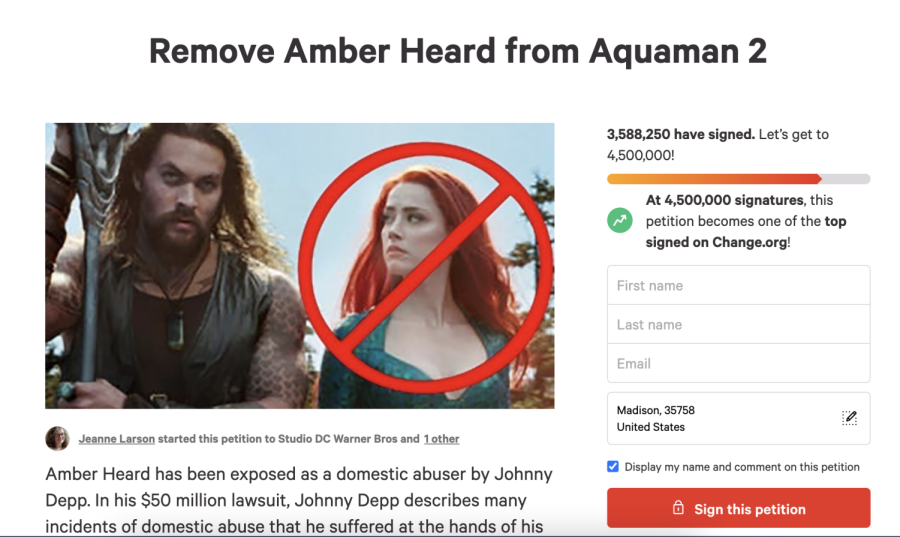 It’s a classic tale from Greek times: boy meets girl, girl falls in love, boy and girl get into a defamation court case filled with chaos at every turn.

Actors Johnny Depp and Amber Heard have gotten themselves into a fierce court case over Heard’s claims of abuse on Johnny Depp. Heard’s claims have cost Depp greatly, Warner Bros and Disney have axed Depp from their upcoming movies, and he has claimed he lost tons of money over the allegations. Because of this, Depp is now suing Heard for 50 million dollars. Heard has responded by countersuing for twice the amount.

Amber Heard’s original claims started way back in 2018 when she had claimed Depp had abused her. She tried to get the judges to make Depp go to a year of anger management, but the judges rejected her pleas. No charges were pressed in this first incident recorded in her 2018 op-ed. What Heard claims to have happened is now more specific. Heard alleges that Johnny Depp was physically and verbally abusive. They also claim Johnny Depp’s career downfall was due to his lack of control and his drug usage. They also claim that Depp’s cut finger was due to his slamming his phone on his finger in rage. Finally, She said that Depp had first abused her in 2013 after Heard made fun of Depp’s tattoo.

Johnny Depp and his lawyers have devised a case against Amber Heard to prove that not only was she the one lying, but that it was, in fact, Amber who was abusive. They alleged that Depp had lost $23 million due to the allegations. Depp’s side had multiple outside accounts. A forensic psychologist Shannon Curry, multiple doctors, even his neighbor and friend, and finally Amber Heard’s personal trainer. The personal trainer later said that it was Amber Heard that was violent and abusive. This correlates to Depp’s own allegations, for example, that his cut finger was not due to his own actions, but a vodka bottle was allegedly thrown at him by Amber Heard in a fit of her own rage.

With such serious allegations, one would think that the court case is no-nonsense. This notion would be completely wrong. Amber Heard’s lawyers are professional self-saboteurs. They have constantly stepped on their own toes during this court case. It is pretty hard to win a case when your own lawyers play evidence that incriminates you. It’s not only just video evidence. The lawyers had forgotten the name of one of their people testifying against Depp. If they weren’t forgetting testimony’s names, they were trying to object to their own questions. It has gotten so bad in court, that other agencies are catching flack. The PR Amber Heard has gotten is so bad, that the crisis agency has all gotten the pink slip. Depp, on the other hand, has found all of this quite amusing. There have been multiple videos of Depp either laughing or joking while on the stand or during questioning. If he’s not comically cackling during Heard’s lawyer’s questioning, he seems to be pursuing an art career during the court case with the amount of doodling he’s done.

Depp seems to be over this “crap,” if you know what I mean.

While the court case is still going on, the court of public opinion has been well decided. Johnny Depp had lost his role due to the court case, and when it came out that Johnny was the one allegedly abused, people did not take kindly to the double standard. You see, Heard had kept her roles in the movies she was a part of. So some people on the internet sought to change that. A petition to remove Amber Heard has reached over 3 million signatures. One may or not believe that petitions actually do something, but there is not a doubt that a large number of people want consequences for Heard’s alleged actions.