Stories for Nighttime and Some for the Day 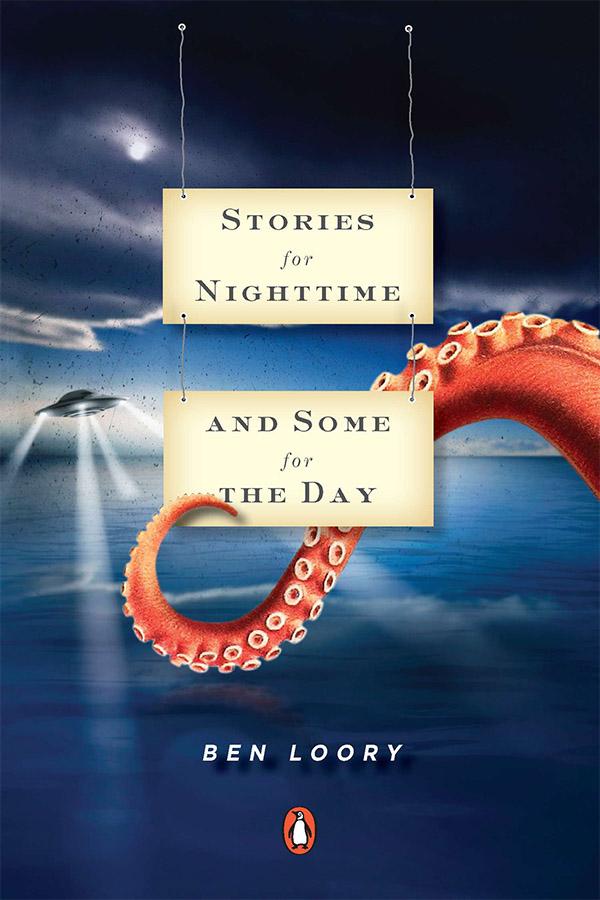 Stories for Nighttime and Some for the Day by Ben Loory is a collection of wittily whimsical tales that dance behind the eyes like the fresh specter of a dream after waking. This collection of 40 short stories will jilt the reader out of his or her constrained thinking patterns and draw new ideas like iron fillings to a magnet. Though fairly obscure, this book belongs on the shelf of anyone who enjoys taking their idea of reality out for a spin.

One of the most refreshing aspects of Loory’s collection is its brevity. As Raymond Charter once said, “A good story cannot be devised; it has to be distilled.” Though no story in the collection is longer than a few pages, Loory accomplishes the masterful feat of making word count toward the plot. One of my favorite stories in the collection is also the shortest. It is called The Shadow:
“Once there was a man who was afraid of his shadow.

Then he met it.

Now he glows in the dark.”
Many of the stories in this collection are lent a similar poetic effect by their short length. Perhaps it is the condensed nature of the stories that gives them such purity or “distillation”.

This book will appeal both to those with a short attention span and those who like to reflect. people with a short attention span will appreciate the brief length of the stories while being satisfactorily entertained. Those who prefer to reflect on the deeper meanings of things will gravitate toward the inscrutability of these tales and enjoy how each story echoes in the mind long after reading.

Whether Stories for Nighttime and Some for the Day” is seen as art or entertainment, anyone with an open mind and a little time will revel in Loory’s delve into the imagination.