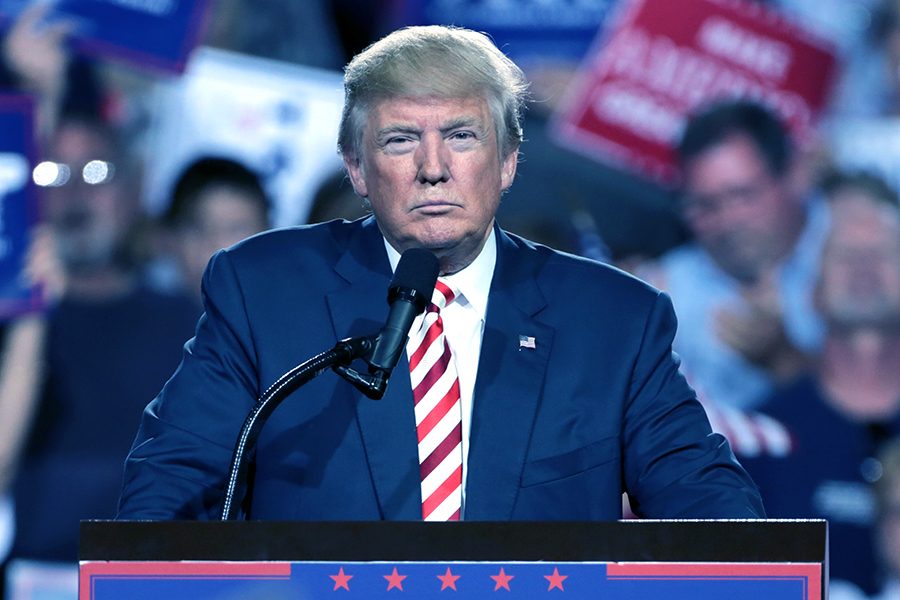 On January 8th in the Oval Office, President Donald Trump addressed the United States in order to promote funding for the wall on the Mexican border. His speech was countered by two Democratic representatives: Chuck Schumer, a New York Senator, and Speaker Nancy Pelosi from California.

During the speech, Trump discussed the illegal drugs that come across the border, the cases where ICE officers have arrested illegal immigrants with criminal records, violent crimes, human trafficking, and border security loopholes to bring a sense of fear and crisis to the situation. Most likely trying to appease the Americans that dislike the cost of the wall, the president claimed, “The wall will also be paid for indirectly by the great new trade deal we have made with Mexico.”

For her time on the stand, Nancy Pelosi strongly disapproved of the fact that Trump issued a shutdown to deal with the border wall, stressing that the government needs to “secure our borders while honoring our values”. Schumer, building on this thought, asserted, “There is no excuse for hurting millions of Americans over a policy difference.” Both of these Democratic representatives emphasized that a decision can be reached diplomatically – no shutdown, and no unnecessary involvement of the American public.

When asked how she felt about the idea of a border wall, Maddie Shrode, a junior, stated, “We should be building bridges, not walls. We should be understanding and helping the people of a country that is an ally of the U.S. rather than vilifying an entire population.”

In contrast, Alex Scalf, another junior, sided with Donald Trump on this political disagreement. “I think it was a great speech that helped reiterate the president’s message for border security, and it stresses how much it matters for the United States… you can see the extent to which each party will go to in order to get their way.”

Is the wall worth enough to have a government shutdown and to hold back paychecks from hundreds of thousands of government workers? Will the $5.7 billion cost taken from government funds solve our country’s immigration problems? It will be clear when this national dilemma comes to an end, and we can only hope the solution will be a good one.