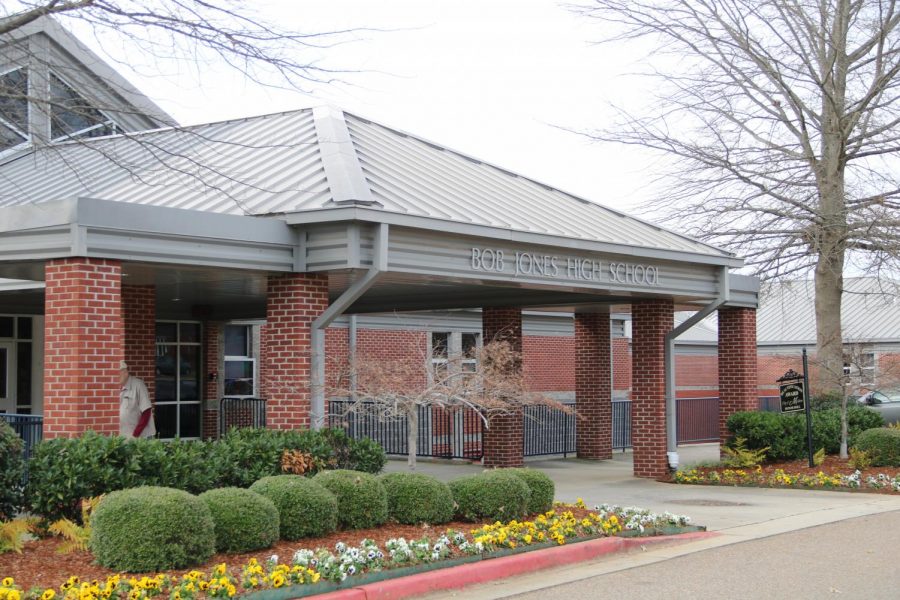 Following rumors of the possibility of school violence this week, Superintendent Robby Parker addressed concerns by increasing the security presence at Bob Jones and by reminding students that SROs are present at each school at all times.

“I want the community to know that the BJ administration, Central Office administration and Madison Police Dept dug into these rumors and traced them to their root. The rumors are unsubstantiated. In today’s climate of social media and instantaneous information sharing, things like this can often spread quickly. Because of that, I called a press conference this afternoon to address these rumors. I want you to know that we will not put up with any threats, or rumor of threats, in any of our schools,” Superintendent Parker announced in an email to students and faculty.

Principal Sylvia Lambert also responded to the rumors via email. “We are aware and have been working through the rumors in regards to a threat for Friday at Bob Jones. We take all perceived threats and rumors seriously and have talked with students believed to be involved. We were made aware of this rumor early yesterday morning through an anonymous tip and from reports from a few students and we have talked with the students that were allegedly involved with the spreading of this rumor. We have worked diligently and will continue to work with our SRO and MPD as this rumor seemed to emerge from a small group of students,” Principal Lambert stated. “There is no information that connects this rumor to the recent shooting in Madison and to the cancelling of a recent basketball game. Partially due to these events, senses have been heightened to our school’s safety. Please know that we view student, parent and citizen concerns that are voiced to school administration, SRO and Text-To-Protect with high importance and with a sense of urgency. Please contact me at any time with any concern that you may have. Safety is my #1 concern and is vital to our Bob Jones’ culture.”

Each administrator concluded by inviting students to reach out if they felt the need to do so.

All surveyed students respected the transparency of the Madison City Schools’ leaders. “It’s extremely important to be transparent, especially in this environment. If Mrs. Lambert and Mr. Parker did not come forward and confirm or deny the threat’s legitimacy, students would be too afraid to come to school. It’s a form of reassurance, both for students and for faculty members who are concerned about safety,” said Maggie Brown, a sophomore.

Even with the reassurances from the administration, some students are still concerned about these rumors. “My dad doesn’t want me to come to school (tomorrow). He feels that it’s a serious issue that should be taken into consideration. My dad was the ISS teacher at Discovery Middle School and was there during the whole shooting incident. He doesn’t want it to risk the possibility that I might have to go through the same situation he did,” Johnathan Hampton, a senior, said.

The majority of surveyed students, though, welcomed increased security in the form of more police presence and even suggested metal detectors. “I think that the most concerning safety issue at Bob Jones is how easily rumors are able to spread. For example, the rumor of the “school shooting,” who knows if it started as some sick, twisted joke? Word got out of this ‘shooting’ and now many students are going to be afraid in their classrooms, distracting from the ‘positive’ learning environment the school hopes to achieve. I don’t think there is a good way to prevent these rumors from getting around. Text to Protect is a good system to let the authorities in on the situation,” Christian Lindner, a freshman, pointed out.

“I had heard of the rumor and was concerned; however, now that I know that the rumors are unsubstantiated, I can relax and maybe actually feel safe,” senior Michelle Le Roy said.