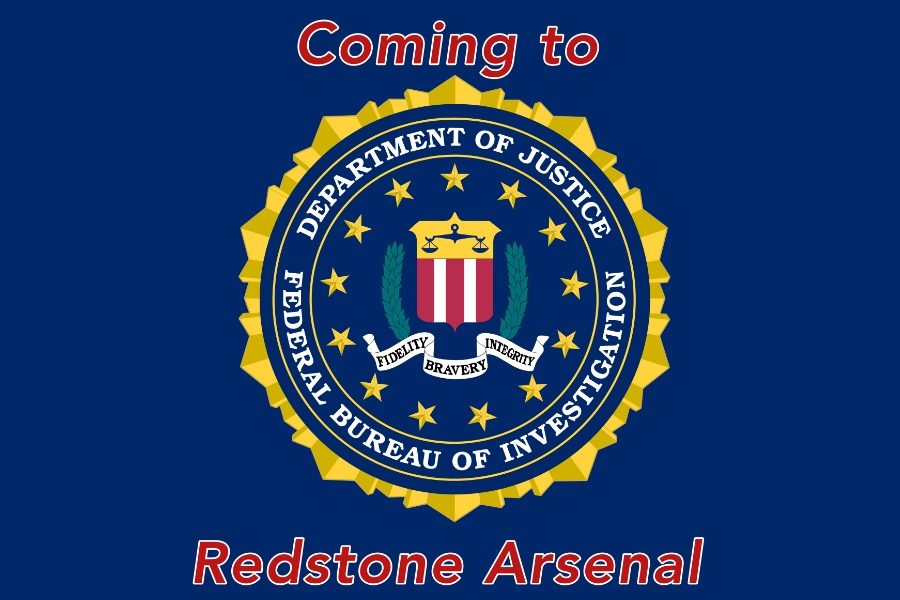 When you think of the FBI, you might think of the nation’s capitol in Washington D.C., criminal investigation, or even a TV show like the “X-Files”–in this case, the FBI is associated with a place that you might not expect–our own Huntsville and Madison area. The continuing resolution, which in this case Congress and the President approved in early February of 2019, has allocated $385 million for the transference of 1,350 FBI employees to Redstone Arsenal. Although construction is ongoing, you can expect FBI employees to begin flooding into the Tennessee Valley area over a period of time.

While at Redstone, the FBI agents will have access to mainly technology-centered space and training sites. The funding has been implemented mainly, as the FBI said in a statement regarding their mission, for “…realigning portions of its Washington, D.C. based operational, technology, training, research, and development and other support functions at Redstone Arsenal…” Sen. Richard Shelby of Tuscaloosa stressed his support for this funding, saying that “overall, the FBI, the plans we hope to deliver will be probably $1 billion of investment at Redstone because that’s going for the security of the American people. We’ve got to have it.”

The FBI’s allotted budget has seemed to move in a slightly different direction from different years. For instance, in 2002, Louis J. Freeh stated that the main components of the FBI’s budget were “counter-intelligence, counterterrorism, cybercrime, and infrastructure.” Although the FBI was still focused on cybercrime and technology during the early 21st century, it seems that now they are taking steps to broaden their reach of manpower and security, not just technology.

Madison Gore, a junior, believes that the FBI coming to Redstone will be a good thing. “I feel like it’ll be a great opportunity for job development and economic growth for the Huntsville and Madison area. It’ll also show other industries that our city is an attractive area for business.”

Regardless of what you may think of the FBI, their goal certainly seems to provide protection to more areas in the United States, regardless of whether or not they are part of major cities. The addition of employees will spur development on the arsenal.