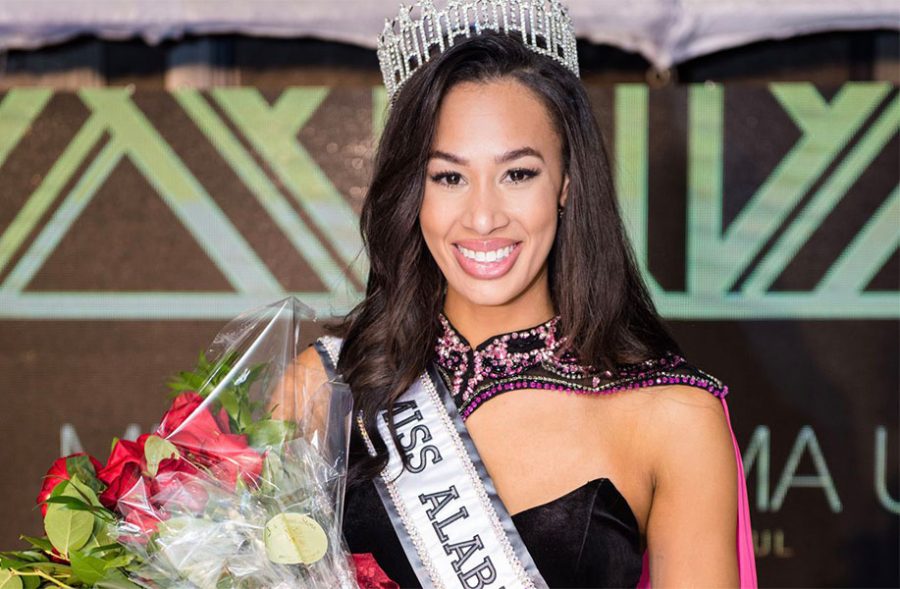 Two weeks ago, Alabama crowned our 2021 winner of the Miss Alabama pageant, the winner of which will go on to compete at the Miss USA pageant later this year. Our winner, Miss Alexandria Flanigan, 24, is from nearby Cullman, AL. She currently attends the University of Alabama at Huntsville (UAH) and is taking the pre-law program. Flanigan is also the first Black woman to win the title as Miss Cullman, and only the second Black woman to win Miss Alabama in the competition’s 69-year history.

Her hometown of Cullman has a history for its racism as a “sundown town,” towns that were unsafe for Black travelers after dark and were to be avoided entirely. Flanigan tells AL.com journalist Mary Colurso that she did experience racism growing up there, making her victory all the more powerful. Her upbringing has clear effects on her behavior now, as a young adult, as Flanigan is involved with UAH’s chapter of the NAACP, and works with a variety of charity organizations, including some through her church.

Flanigan plans to use her exposure and speaking opportunities as Miss Alabama to bring awareness to issues facing the state, including racism, education reform, and limited access to clean drinking water.

Despite debate turning towards the ethics of beauty pageants in recent years, it’s clear that Miss Alexandria Flanigan deserves her title. Residents of the Yellowhammer state can thank her for her actions to give back to her community, both in Cullman and in our neighboring city of Huntsville. Bob Jones Junior Salina Turner says that this step is important, “Knowing all of the racism and prejudice that’s still apparent in our state, it’s a big deal to have a woman of color representing Alabama.”

If Flanigan wins the Miss USA pageant later this year, she will be crowned by her successor Asya Branch. Branch was the first Black woman to win Miss Mississippi and the state’s first winner of Miss USA.