Revisiting AOC’s Account of Events: Just Watch the Video Yourself 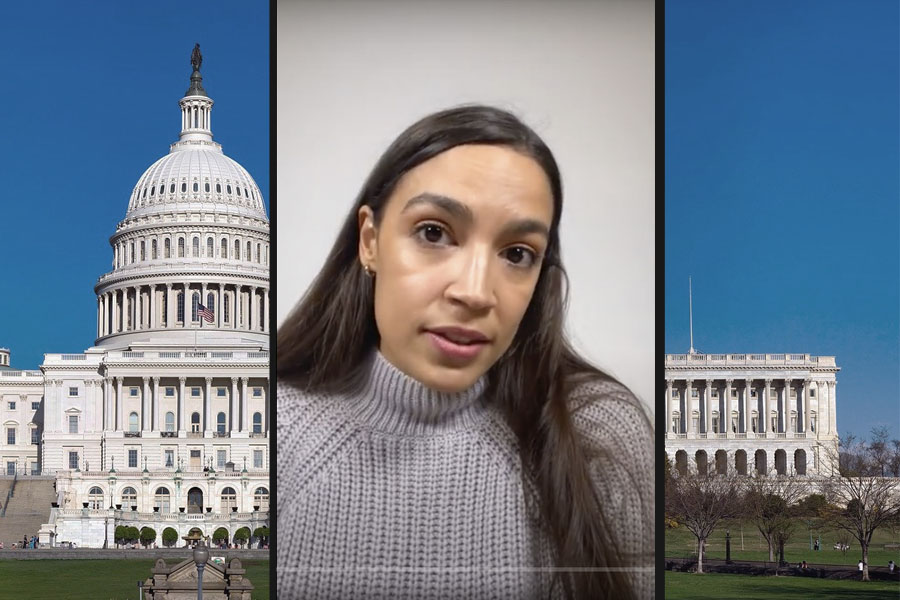 Earlier this month, Representative Alexandria Ocasio-Cortez went live on Instagram to tell her followers about her experience during the January 6 Capitol riots. She started by saying that she wanted to tell her side of the story because “so many of the people who helped perpetrate […] what happened in the capitol are trying to tell us to move on, and they’re trying to tell us to forget about what happened.” She compared the attitudes of these conspirators to the “tactics of abusers.”

She revealed to her audience that she is a victim of assault, and because of this, she “struggle[s] with the idea of being believed.” It turns out that she has to deal with this again.

Some people (primarily in right-wing circles) critiqued her story and tried to find plot holes to prove that she lied in her account. Their efforts to denounce AOC’s story have come up dry, but that doesn’t seem to stop some outlets from misconstruing the content within that video. Anyone can rewatch this video and listen to her account firsthand, so the people continuing to misconstrue what she said seem to count on members of their target audience to be too lazy or too unconcerned to watch the video for themselves.

One of the accusations against AOC’s story was that she was not in the main Capitol Building during the insurrection. AOC told her followers that she was in her office at the time. She said that her office is not in the main building because “members of congress, except for the speaker and other very high ranking ones, don’t actually work in that building with the dome.” She did not claim to be in the main building but a separate one on the Capitol complex.

Critics also claimed that AOC said she saw rioters during the event, despite the fact that they stayed away from the building she was in; however, AOC never claimed that she encountered anyone. She described seeing protesters in the days and hours before the riot, but never during.

She did recount being in her office and hearing a man yelling “where is she” and loud banging on her office door, which she revealed was an unaccompanied Capitol police officer who told them to evacuate the building. She recalled the officer “looking at [her] with all this anger and hostility,” which she tried to dismiss as her projecting her negative emotions onto him. She remembered feeling uncomfortable in that situation because “like so many other communities in this country, just that presence doesn’t necessarily give you a clear signal if you’re safe or not, so the situation did not feel okay.”

She assured her followers that her story “isn’t the only story, nor is it the central story of what happened on Jan 6th.” That said, her retelling provides insight into one of the most eventful days in 2021 so far, and if you’re confused about what she said, please watch her video from beginning to end and separate what she actually said from what some media outlets are reporting she said.