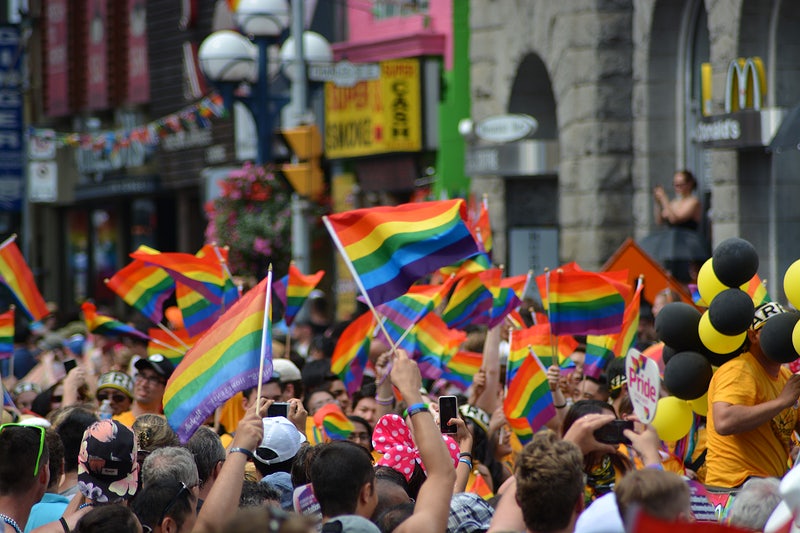 Following in the footsteps of our nation’s greatest states, Texas and Florida, the Alabama legislature has decided that they are going to put their foot down against an already marginalized and mistreated group. Perhaps you’ve heard of Texas banning gender-affirming care or Florida banning discussion of sexuality and gender in the classroom (more on Florida in a bit). Well, buckle your seatbelts, unbuckle them, and then buckle them again because Alabama’s government has taken up combining the worst of both worlds.

Florida didn’t start this trend but has been getting a lot of buzz about it. There shouldn’t have to be three pages explaining why oppressing trans youth and depriving them of proper care is wrong and bad. Most of the actual discussion has been about the infamous “Don’t Say Gay” bill. Even Disney is getting involved. Unfortunately, Disney World is not in Texas or Alabama, so people don’t care about those bills as much, even though they’re just as (if not more) harmful. Let’s look at the more vague, more controversial bill that dug its roots into the sunshine state.

So, the Florida House of Representatives recently passed a new bill into law that will take effect on July 1 of this year. This bill, known as the “Parental Rights in Education” or “Don’t Say Gay” bill, has been the subject of a lot of misinformed internet debate as people scream at each other about whether or not gay people should be allowed in Florida schools. Now, I have taken it upon myself to read and annotate the actual bill so that I can share with you a more educated opinion.

Now, hold on, record scratch here. I know that if this article caught your eye there’s a good chance you’re just looking for whatever my stance is so that you can either nod to yourself in solidarity or hunt me down to physically break my arm in my second block. That’s fine, so here’s a quick and potentially unsatisfying “too long didn’t read:”

The bill is often blown out of proportion on what it’s actually trying to achieve; however, the way it is written does leave room for people to be nasty and its structure should not go uncriticized.

Not satisfied with that? Well, lucky you, there’s the whole rest of the article down there waiting to be read.

First of all, no one likes reading government documents. So, to spare you hours of squinting at Courier font, bizarre formatting, and hours of annotation, I’ll briefly go over each main section of the article as I understand it.

Section 1. This section intends for schools to become a safer and more supportive environment for their students. It also serves to notify parents in the event that there is a change in services based on a student’s physical, mental, and/or emotional health. Students that bring up issues in school are encouraged to talk to their parents about it, with room for the school to go directly to the parents if desired.

Section 2. Schools cannot tell staff to withhold information about a child from that child’s parent. Schools should encourage students to talk to their parents. (There is a noted exception to this if there is a risk of abuse or neglect.)

Section 3. This is the big important one that everyone is up in arms over. Students below grade 3 can’t be taught about sexual orientation or gender identity, and all older students must be taught in a manner that is age-appropriate.

Section 5. Schools must tell parents about health services that students are provided with, and parents can remove their children from any of them.

Section 6. For children K through third grade, schools must provide parents with health screening forms and get permission to use them.

Section 7. I’m going to be honest with you, Patriot Pages readers, I do not know what section seven means. They start talking about the Commissioner of Education, and by this point, I think we’re off-topic. We move on.

As you may have noticed, the only place orientation and gender are mentioned is in section 3. This is where most, if not all, of the outrage is coming from. This section is purposefully written to be vague, not only restricting these topics for young children but also providing room for further conversation to be restricted if it isn’t “age-appropriate.” People have taken this a lot of ways, from it allowing parents to handle how they want their child to be raised, to schools intentionally trying to snuff out conversations about LGBT identities, to stopping schools from giving “sex talks” too early. It is intentionally made so that the judicial side of things can interpret it however they’d like.

Supporters of the bill often praise this section. A Bob Jones senior supporter of the bill named Bakarri Hill shared in a poll that while he doesn’t agree with the mental health and parental involvement parts of the bill, section three seems to be winning his favor. He went out to say that “telling a 3-year-old or 5-year-old they could be gay is stupid.” In a vacuum, not wanting your toddler to be fluent in the ways of romance is completely understandable. However, with the current culture that children are raised in, it’s a yellow flag. How many times have you seen a shirt that insinuates that a baby or toddler is a “ladies’ man?” How many times have you seen two children playing together while the adults around them talk all about how they’re going to be husband and wife? How obsessively are most children already shoved into a gender identity as soon as they’re out in the world? How many elementary school “romances” and “crushes” have you heard of? Keeping children sheltered from LGBT topics doesn’t keep them from learning about gender and orientation; it just shows them that there is only one acceptable way to be.

On the other side of things, the bill’s opposers, or at least the loud ones online, often have the mindset of “the Florida government is comprised of a bunch of homophobic idiots” (Katie Tanner, senior). This often stems from not understanding the bill, or not understanding the government process of passing bills. Bills aren’t sent out one law at a time; things are clumped together. Bits and pieces of things that certain people want to pass are sandwiched between other clauses and sections that may refer to something entirely different. People in the government who support the bill may hate section 3 but still push to get it passed because the other sections are meaningful to them. However, there has to be an acknowledgment that each section does have the potential to be twisted and used against the people that they claim to protect.

Taking the bill as a whole, and with this being the first bill I’ve read and analyzed in full, it still leaves me with a bad taste in my mouth, but for an entirely different reason. As kids get older and develop more complex feelings and issues, their school may become a safe place away from parents who are abusive or manipulative. For schools to put (older) students’ health and well-being in their parents’ hands may seem reasonable at first, and definitely can be beneficial, but it also shoves open the door to make some kids’ lives even more dangerous. As Emily Duong, a junior, says, this bill could simply make health issues for children worse if the parents have some kind of contribution to that issue.

I want to believe that the majority of this bill was made to be genuinely helpful to schools and students as well as parents. However, this optimism is dimmed by glaring issues from a students’ perspective. It makes sense that an adult would want adults to handle things, but many children know that adults can be dangerous and cruel. It makes sense that children should be introduced to appropriate topics, but “appropriate” is subjective and very easily manipulated. In addition, the process of sheltering children from certain things may prove to be more harmful in the long run.

The bill does not prevent schools from “saying gay” in its text, but could it be interpreted this way? Yes. Could it lead to more drastic laws coming around if there is an agenda to push aside LGBT conversations altogether? Also yes. Is this bill’s impact intensified in theory due to the fame of other LGBT/body autonomy laws being pushed out? Absolutely. Does this bill coming out the day after pride month feel like an extra sprinkle of bad? Yeah.

I do not support this bill, both for its outright stated text and its implications for the future of Florida’s education. People need to educate themselves and listen to the most affected groups.

It’s more than just saying gay, but it has issues all the way down to its roots.

The surrounding commentary around the student’s quotes may not reflect their complete stance and knowledge on the topic. If you wish to read the bill on your own, I’ve attached a link HERE for easy access.