Let’s Get Into Treble 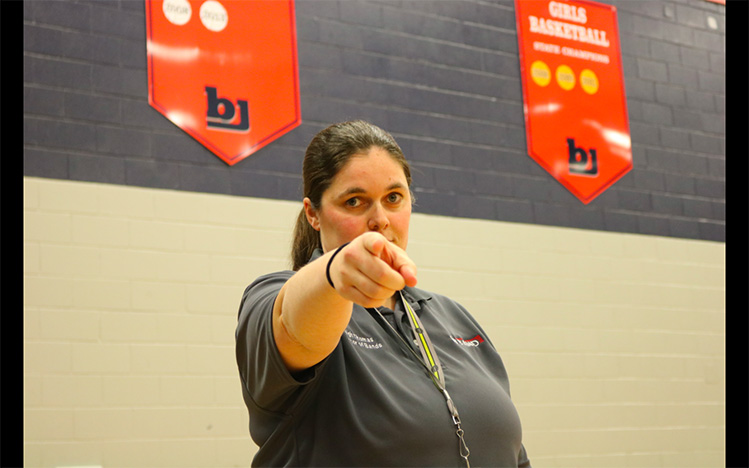 While most people are enjoying spring sports, every once in awhile you should take a journey down the B-Hall and just listen to the sounds the Bob Jones Band has to offer. If you find yourself heading to the bathroom or procrastinating going to class, give yourself a chance to stop and hear the music. Believe it or not, you have a chance to be a part of it.

The Bob Jones Band is a living, breathing embodiment of the spirit felt throughout the school. Expressed through challenging music, the band not only plays for their own enjoyment, but for scoring as well. Each year, the band performs at MPA (Music Performance Assessment). This year, both the Wind Ensemble and Concert Band scored a superior, the highest rating possible. Along with MPA, individual students have the opportunity to try out for countless college band camps and audition for All-State Band. This year seven people made All-State Honor Band and ten people made District Honor Band. Another big success the band had this year was performing at the AMEA conference (Alabama Music Educators Association) in December.

Bob Jones Band is not just successful in performance, but it is also effective in forming long-lasting friendships. A huge example of the companionship built through band is our trumpet section. From the start of our marching season, senior Brenner Oaks filmed every football game and every competition. The vlogs give us a look inside the lives of the section and just how close they are. Oaks’ said, “When I started the vlog, I knew I would be labeled as a true band nerd, but I didn’t care.”

Freshman Joseph Groger describes his first year: “I didn’t know anyone or anything about band. I was lost and confused. For the first few days, I could not even march and play at the same time. However, with the help of the clarinet section, I turned from knowing nothing in band to playing every song, whether marching or not. I am grateful for all the help I have received from the clarinet section, which is easily the best section in band.”

Band is the place where you can work hard and be redeemed with the satisfaction of success and accomplishments yet have the time of your life while making the closest ties you’ll ever have.

For more information on the band and how to get involved, click here.