The Final Destination of Imagination 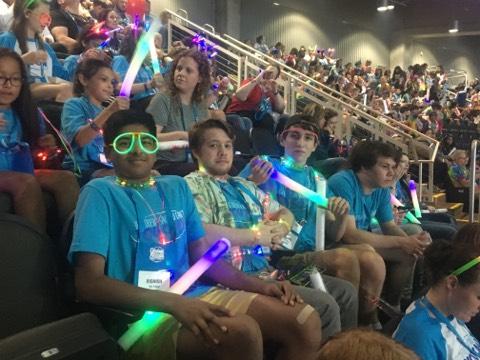 Recently, countless DI teams gathered in the lively city of Kansas City, Missouri for an event like no other: Global Finals, a week long competition promoting creativity and teamwork at a universal level. With Madison City’s Bob Jones included in the extensive lineup of US states, and even countries such as Australia, Mexico, and South Korea, the crowd was intimidating.

The opening ceremony greeted these imaginative individuals with a light show to remember, starting with a bang that skyrocketed them through the rest of the week. Teams had to constantly be on their feet, prepared for their two separate competitions.

For their main challenge, props were lined up wall to wall in a section of the Kansas City conference center for teams to use. Though performances can be stressful, our Bob Jones teams represented the state of Alabama well.

On their off time, teams could join in any number of the fun activities provided by the conference center, including the longstanding DI tradition of pin trading, a way to collect souvenirs from any number of states, countries, and years. Overall, 2019 Global Finals was a success, and Kansas City showed students the true destination of imagination.