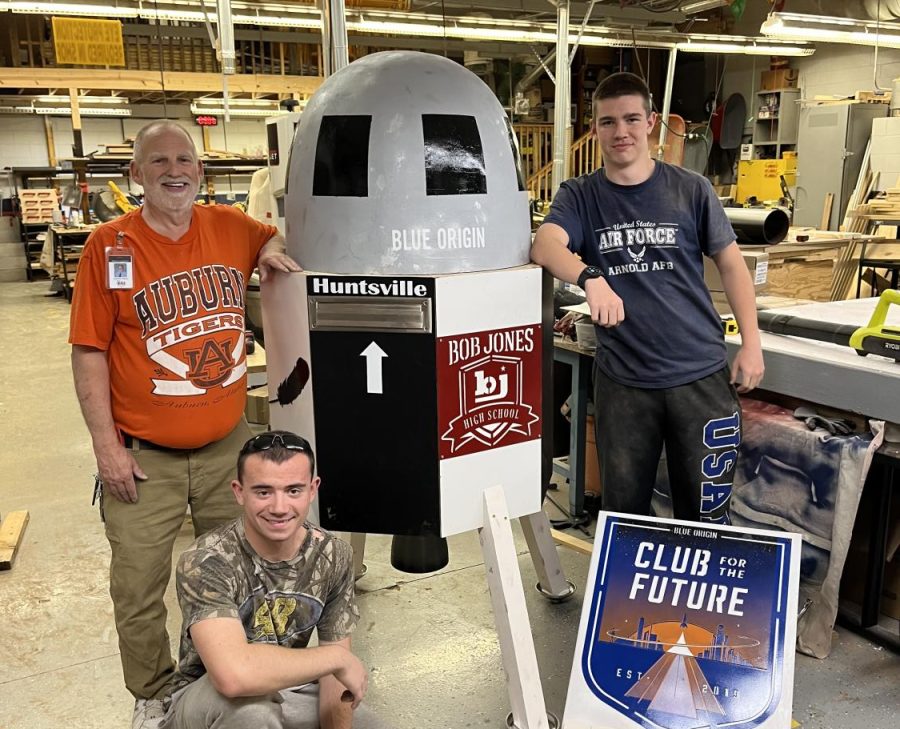 How would you like to have your postcards sent to the stars? The Bob Jones Construction Academy is working with the Blue Origin Club for the Future to send student-made postcards to space depicting what they think the future of life in space may look like. When the postcards come back, they will be sent back to the senders and postmarked as being sent to space.

The Bob Jones team of builders has been working hard to build the lunar lander post office for students to drop their soon-to-be sky-high postcards. The students have been working steadily most of the school year. “Design started in Late October, a prototype for the Lander portion was built early November,” Construction Academy teacher Steve Landford shared. Students Ray Pike, Thomas Williams, Zach Blanton, and Gabe Whitt have all contributed to the building of the post office box. Their creativity and dedication have skyrocketed since the beginning of construction with all parts being precise; Gabe even 3D printed the rocket’s engine. The postbox will be sent to display in the Space and Rocket Center on May 10, 2022.

The only other dropbox for the Club for the Future is located in Van Horn, Texas, where they collect and send the postcards to space. The small town quickly gained appeal after putting out this unique tourist attraction. Now, Bob Jones will have the opportunity to be recognized as one of the few mailboxes that have been built for Blue Origin. 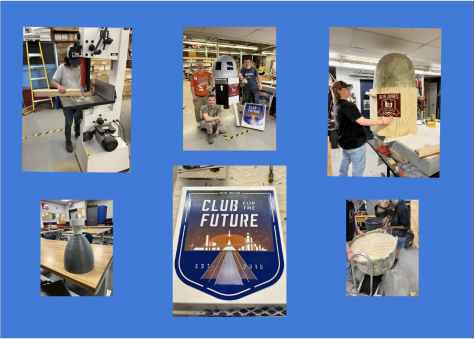