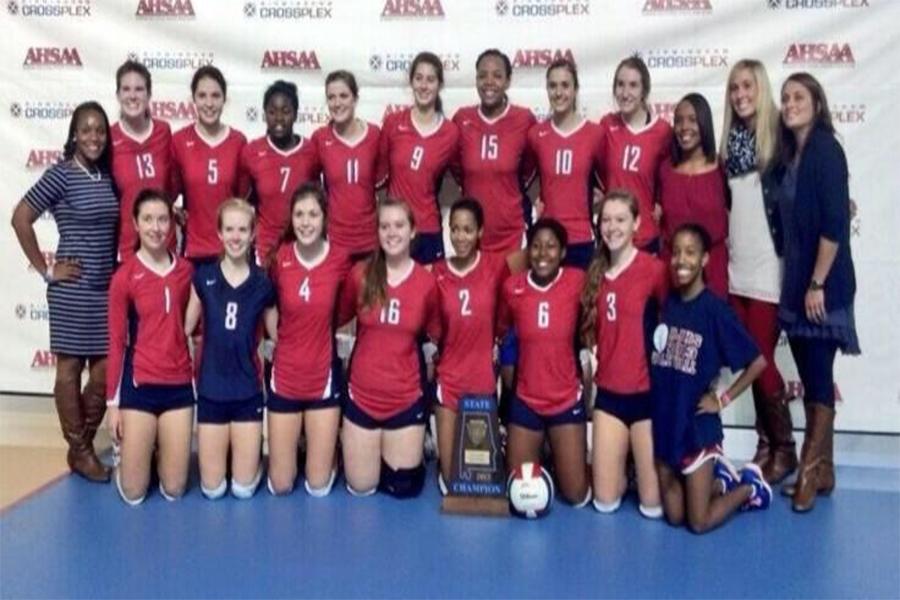 The Volleyball team with their trophy after winning State.

The Bob Jones girls’ volleyball team was the first 6A high school to win the State Championship.

According to Mr. Wilson, “We [Bob Jones] only lost one game all tournament.”

In the State Playoffs,the first team to win three out of five games wins the match.

The girls beat Huntsville 25-18 in the third game to win the match without losing a set.

In the state Quarter Finals, Bob Jones swept Pelham three games to none. The team advanced to play McGill-Toolin in the semi-finals.

Against McGill-Toolin, Bob Jones had to play 4 games, which was the only time in the whole tournament it had to play more than 3.

Ashley Pursifull, a Bob Jones volleyball player, said “It feels amazing to know that all the workouts, long practices, and time you spent was worth it. Also, we prayed before and after every practice so we give God all the glory for our victories.”

The volleyball team trained all year for this moment. After their long dedicated practices, their work paid off.

Huntsville won seven out of the last six state championships. The only time Bob Jones has won the State Playoffs since 1971 was in 2008.