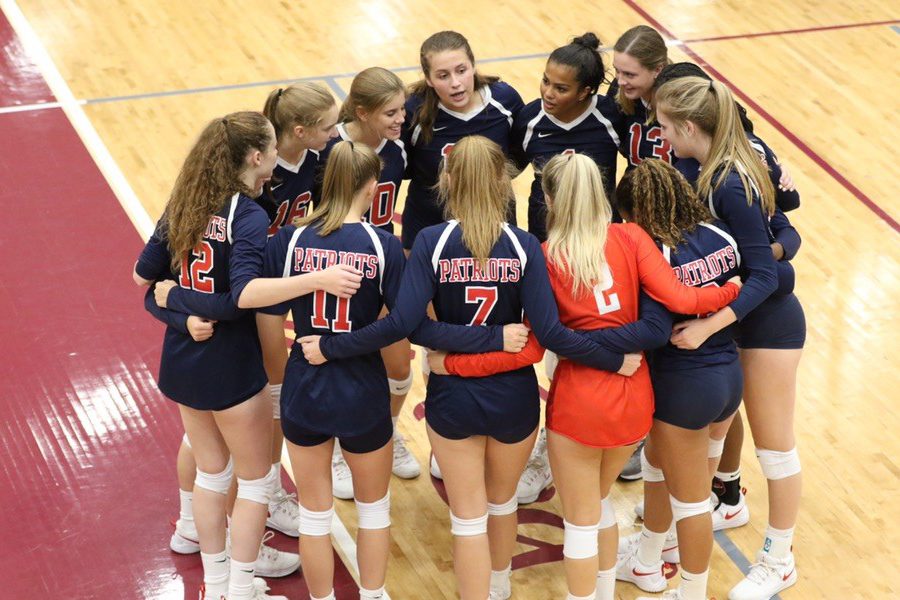 Behind the Scenes of a Volleyball Player

What’s a game that consists of two teams in which a large ball is hit by hand over a net standing over 7 feet tall? That’s right, volleyball! One of Bob Jones’ most successful sports teams, the varsity volleyball team’s season has gone through a great start from winning their first game at Huntsville High to eleven more wins later on. One of the students has agreed to answer some questions about life as a student-athlete with the volleyball team.

Meet Lauren Lyons, a senior who has been playing volleyball since middle school. “What made me actually start was playing in PE and experiencing a sport that I never had before. I went on to play the lowest league you could play, rec ball, and I haven’t stopped playing since then,” Lyons stated. “Volleyball has basically been my life since 7th grade. Being on the team and playing year-round has always given me something to do and look forward to. The group of girls I was introduced to are the best out there, including your one and only Homecoming Queen Juanita. All of the girls support each other so much and suffer together. But the game itself has made me a better person and mentally strong. The hard practices and the extreme team reliability caused me to learn to work for my team and not myself. I will always work hard because of those practices. Now being a senior, I can see the effects of those practices and I do not regret a day of my hard work.”

Although the team had some ups and downs, Lyons explains that confidence is key. “After losing lots of seniors, you’re always concerned that you may not be the same, but after losing a lot of starters my sophomore year but still getting runner up my junior year gives me confidence that we can do the same this year. In tournaments and season play, we’ve challenged all of the best teams and I have confidence that we can grow to be that top team. Being able to grow from our mistakes will be crucial this year. The season has been fun and already going by so fast. I know we’ll make it far, but we just have to work for it.”

One of the greatest challenges for student-athletes is how to balance school and practices which can be quite stressful. Lauren shares how to bounce back from not having the regret to quit doing something you love. “Sometimes you want to quit after those hard days and practices where you don’t think you’re good enough or if the pain is worth it. But the next day you’re ready to go back out. My teammates have never been a reason I want to quit, they’re the reasons I want to stay. Having them makes the game so much more fun. This year of Coach Marsh leaving and us being introduced to Coach Mullinax, I always wondered if I should quit because no one would have to understand what Coach Marsh and I had since she’s seen me grow up and known all my hardships and hard work. But I’ve built back up with Coach Mullinax, it’s not the same, but sometimes in life, you must accept the changes. I couldn’t just leave my team after all those years either.”

In the end, despite the difficult times, everyone gets a positive outcome. When asked about her biggest accomplishments, Lauren said that “being someone that other players can look up to and progressing to be a game-changer” are some of her most personal achievements. She also adds that her team has competed at state two years in a row. “Even though we got runner-up both years, it was amazing to be there and experience that. I loved just growing up with the girls my age and being able to grow with them.”