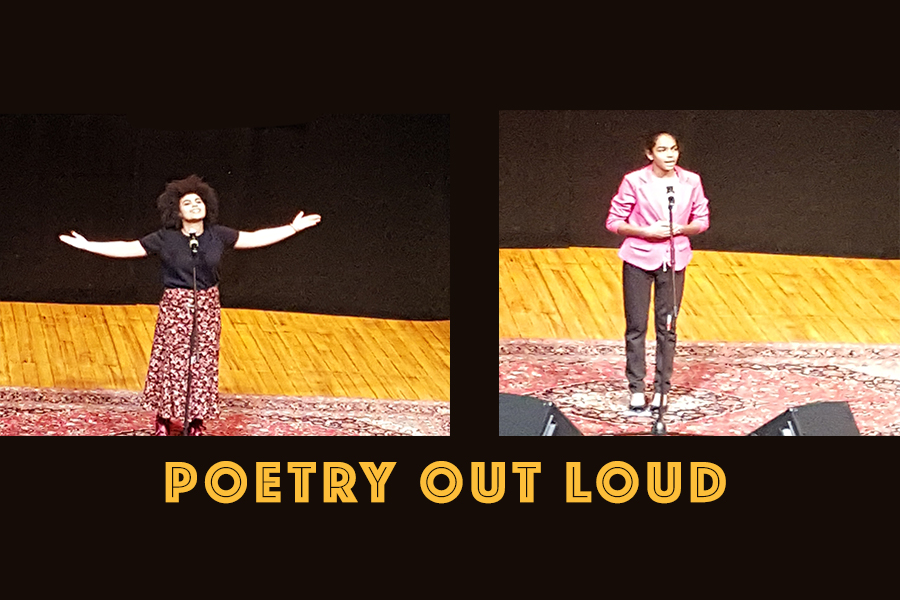 This year, Bob Jones students were able to participate in the Poetry Out Loud competition held on March 2, located at the Alabama Shakespeare Festival in Montgomery. The results are as follows:

Sija Headrick, junior, took second place in the Original Poetry Division in the competition. She was responsible for performing two original poems, “Fireflies” and “The Hope of Being.” Sija competed against 14 other individuals from 13 schools in the state of Alabama.

Abigail Kulkarni, freshman, placed in the top five of the Recitation Poetry Division at the POL Competition. Abigail performed in three rounds of poetry against 13 other competitors from 13 schools located across the state. She recited “Once the World was Perfect” by Joy Harjo, “The Paradox” by Paul Laurence Dunbar, and “Acquainted with the Night” by Robert Frost. She was placed in the top five during the second round and finished the competition as an Honorable Mention.

Both girls received a medal for progressing to the state level, a plaque for placing at the state competition, and a book from the festival organizers.